KSB expects order intake to rise substantially during the current year. A pick-up in the project business, which had stagnated in previous years, can contribute to this in­crease. The Group also plans to expand its business with standard pumps and valves as well as the service it provides.

Order intake and sales revenue
The KSB Group received orders worth € 566.5 million in the period from January to March 2014; this corresponds to a year-on-year € 46.4 million growth in order intake for the period. Orders from the energy industry as well as the chemical and petrochemical industries played a major role in this 8.9 % increase. These benefited above all the companies in the Regions Europe and Asia, which saw their order intake rise compared with the first three months of 2013. Order intake for the companies in the Regions Middle East / Africa and Americas / Oceania did not reach the same level as in the same quarter of the previous year. In Americas / Oceania this was primarily due to lower demand from the mining industry.

Since order intake includes large project-based orders which generate sales revenue with a certain time lag, the latter, at € 490.9 million, falls € 21.4 million or 4.2 % short of the prior-year figure. Only the companies in the Region Middle East / Africa reported a significant increase in sales revenue.

Change in number of employees
As at 31 March 2014, the Group's headcount had dropped by 38 employees (- 0.2 %) to 16,538 compared with the same date of the previous year. Here, opposing trends evened out the situation to some extent: Significant declines at KSB AG and KSB Service GmbH, Frankenthal, were offset by new hires in some workforces in North and South America as well as the Region Middle East / Africa. Additionally, another 41 employees joined the Group through two smaller companies which were consolidated for the first time.

Results of operations and financial position
The KSB Group generated positive earnings before taxes (EBT) during the first quarter of 2014, which however lagged behind those of the comparative prior-year period due to the lower sales revenue. The net financial position improved further compared with the 2013 year-end figure.

Outlook
In 2014 the Group plans to increase order intake, sales revenue and earnings before taxes (EBT) year on year. The goal of improving earnings (2013: € 119.4 million) involves a series of cost-cutting measures including a more intense focus on global material procurement and a socially responsible reduction of the headcount in Germany. 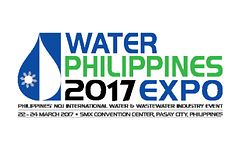