The free efficiency check for your rotating equipment

You can download the KSB Sonolyzer® app free of charge for your smartphone or tablet PC. The pump app is available for Android and Apple devices.

With its new app, KSB brings Digital Industry straight to your smartphone. In just a few seconds, KSB Sonolyzer® measures the noise frequency of the asynchronous motor and checks whether there are potential energy savings to be made, thus enabling an increase in pump efficiency. To do so, the app uses an estimation algorithm that was developed by KSB and is the first of its kind on the market. It can be used not only on KSB pumps but also on rotating equipment produced by many other manufacturers. 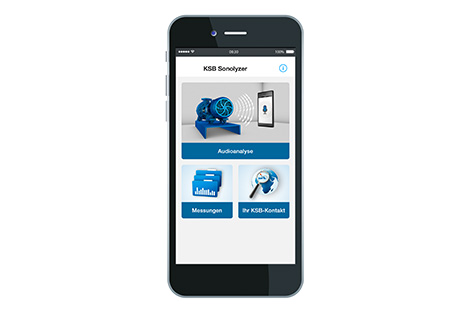 Start the measurement and hold your smartphone next to the motor. The KSB app delivers the analysis results in just 20 seconds.

The result of the measurement shows whether the operating point is inside or outside the part-load range. 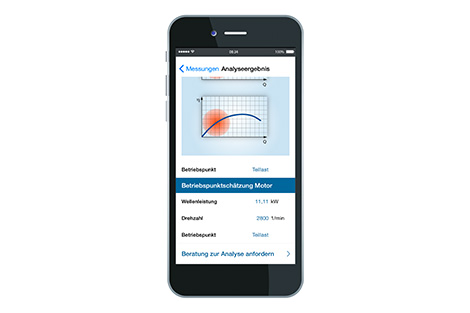 With the KSB Sonolyzer® app, you can contact your local KSB specialist directly by e-mail or phone to obtain a detailed efficiency analysis with KSB's Pump Operation Check or SES System Efficiency Service analysis tools. The pump app determines your location and puts you in direct contact with the relevant specialist.

The data package provided by the KSB app is an ideal starting point for obtaining a quick, detailed FluidFuture® analysis and for using the resulting potential savings identified to increase the efficiency of your pumps.

More about FluidFuture® from KSB… 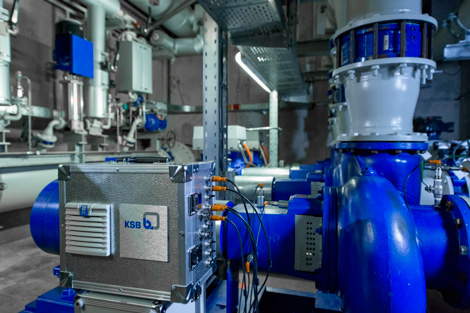 If you have questions about the KSB Sonolyzer App, you may also leave us a message.

1. My measurement has failed despite having repeated the process several times. What can I do?

Failed measurements can also have other causes:

2. How exactly does KSB Sonolyzer® work?

3. How reliable and accurate is the KSB Sonolyzer® analysis?

4. Can interfering noise compromise the measurement taken by KSB Sonolyzer®?

5. Can KSB Sonolyzer® also be used for machines from other manufacturers?

6. My pump is not included in the app’s selection list. Can I still use KSB Sonolyzer® ?

8. I have some ideas on how KSB Sonolyzer® can be improved. What can I do?