Piping is used to transport fluids. The inside diameters of piping are classed according to the nominal diameters (DN). The permissible load capacities as determined by the maximum internal pressures are classed according to nominal pressures (PN). The recommended upper limit for the flow velocity (v) is approx. 2.3 m/s for discharge lines and approx. 1.8 m/s for suction lines.

Economic efficiency should be taken into account when selecting the discharge-side velocities in the case of long piping and extended periods of operation. Due to the fact that suction-side piping is shorter in length, the NPSH conditions are particularly important for the selection of the suction-side velocities. The selected suction line's inside diameter is often larger than the pump suction nozzle. 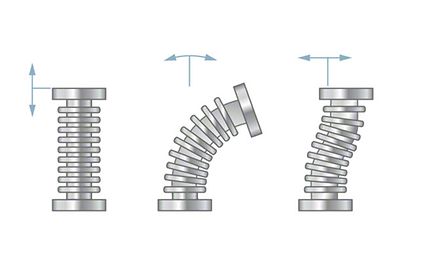 If expansion joints are employed, those used to connect the pump and the piping should be friction-type expansion joints for the transmission of the axial forces (also braced expansion joints). This is necessary to ensure that the forces resulting from differential pressures do not act upon the pump, as these are often considerably higher than the permissible flange forces. These forces also shift the pump towards the suction side. This would severely affect the pump's alignment, as its mounting is not designed for this movement.

A distinction is made between closed and open piping systems. Unbraced expansion and dismantling joints turn a technically closed pipeline into an open one.

The closed system features friction-type connections for the transmission of axial forces, e.g. flanges and rigid dismantling joints. The axial force arising from the internal pressure is absorbed by the pipe wall and the pipe connections. The supports and fasteners of a closed piping system are only required to handle its weight and dynamic forces. Thermal expansion is absorbed by flexible pipe supports or by expansion joints. See Fig. 2 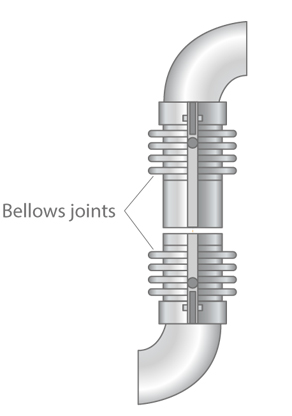 The approximate spans (ls) for water-filled steel pipes should be established using the following equation:

The wall thickness (b) of steel pipes subjected to internal pressure are calculated in accordance with EN 13480-3. For pipes mainly subjected to static load conditions, the following roughly applies: 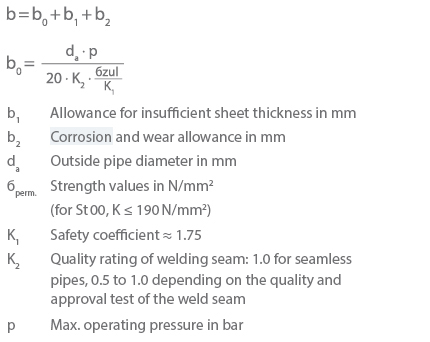 In the case of changes in temperature, the change in length of a straight pipe is calculated according to the following equation: 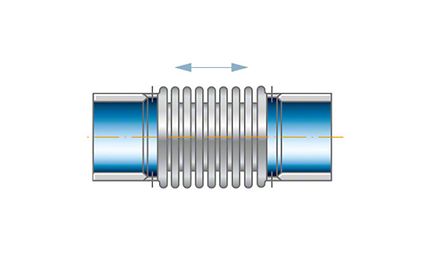 As an external force, the axial force arising from the internal pressure must be absorbed by anchorage points at the beginning and the end of the piping and at any change of direction or cross-section.

Adequate guidance in the form of clips or roller bearings must be provided to keep the piping from buckling. 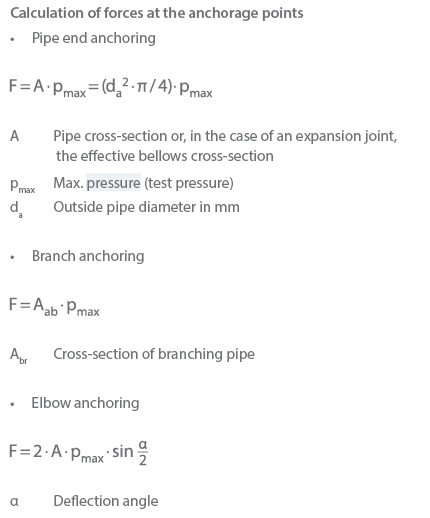 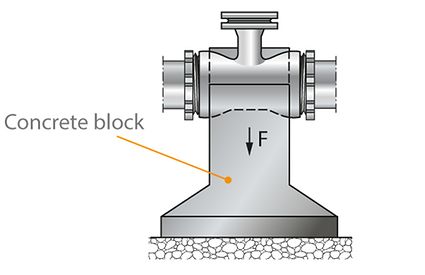 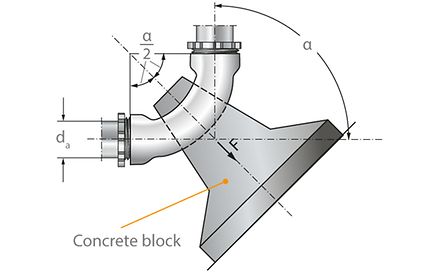